As an ardent proponent of Solidworks Workgroup PDM, it was disappointing to come to terms with its end of life. Originally developed by Design Source Technologies, Inc with president and co-founder Jim Foster, the PDM tool was entitled PDMWorks. It was out-of-the-box basic and simple all around, much to the delight of administrators and users alike. Solidworks recognized its value and acquired it, renaming it as Workgroup PDM where it continued to be appreciated as a reliable file management tool. Based on a flat windows folder database structure, it has understandably been showing its age and being included with Solidworks Premium and Professional licenses was not a revenue generator in and of itself. Now with its demise, the alternatives parlayed by Dassault Systemes are Solidworks PDM Standard and Solidworks PDM Professional. The later formerly known as EPDM or Enterprise PDM, was acquired from Conisio @ 2006. Based on Microsoft SQL database structure, Dassault Systemes has put forth great effort to promote it as a "data management solution for organizations large and small", with scripted information that makes for a good first impression.

Like most marketing and sales related impressions though, it's what is not being said or shown that needs to be asked. For PDM administrators, the dilemma is that you simply might not have a good working knowledge of a product until you've... well, worked with it. As such, it isn't always apparent what questions to ask until you turn a corner in your understanding and suddenly realize you don't know anything about what's next, or how one aspect relates to or controls another. 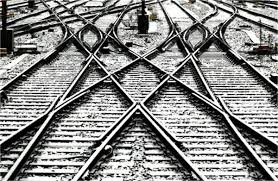 For Solidworks PDM Professional, from the online presentations to the VAR sponsored demos, there is a clean polished display of what it can do, and it looks and sounds great. It's from the point of commitment however that things become... well, it's complicated. From the perspective of transitioning from Solidworks Workgroup PDM to Solidworks PDM Professional, here are some things that if not already apparent, certainly need to be discussed with a VAR when you hear them. This is especially so if you are anticipating a contracted statement of work (SOW) prior to implementation.
Those who have successfully navigated the implementation of Solidworks PDM Professional are to be commended. They have garnered a worthy skill set using a product that possesses a puzzling array of potential. To put it judiciously... it's complicated. It's certainly not what everyone wants but seems to be the only choice Dassault Systemes wants to offer. With years of use behind it, isn't it strange that Solidworks PDM Professional would be so unduly complicated, yet in many ways does less out-of-the-box than Solidworks Workgroup PDM?

In summary, Solidworks PDM Professional is anything but turn-key. It's an auto mechanic dropping in a new engine for you, tightening it to the frame, showing you how a hose or a cable connect, and saying "you can deploy in as little as ten days... to capitalize on new opportunities faster"! Sure, out of necessity you will figure it out... eventually,... but it's complicated. You asked for an expensive new engine and naively thought you could just show up and turn the key, because you didn't ask the right questions.