The software capability needs among SolidWorks users are as varied as the users themselves, and over the years many of us have grown and developed our CAD skills alongside the development of the software.  If 2011 Dassault Systemes license growth is any indication, then it is still very apparent that SolidWorks continues to provide a valuable CAD package that delivers on a broad range of MCAD applications. 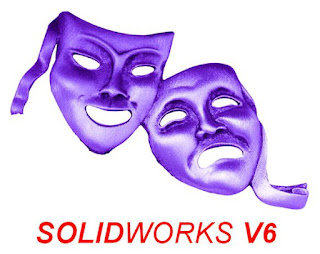 That said, speculation remains as to the direction the software is going.  From the record of SolidWorks World 2012, we should expect a typical release to 2013 and anticipate a next generation option of choice sometime in the future.  Some are relieved.  Others are disappointed, as many have eagerly anticipated the SolidWorks V6 platform as an alternative choice.

Software as a service (SaaS) has been around for a while now, and there are a variety of CAD developers that have tested the waters.  SolidWorks itself has n!Fuze and has no doubt learned much from the foray, but the question still remains... will we ever see SolidWorks V6?   Someday... maybe.  Patience and propriety is not a quality of all, but it does have merits when executing a successful product launch.  Perhaps that is what we are experiencing with regards to SolidWorks V6, where getting it right the first time would be critical to its acceptance and success.

There are certainly many who for very understandable reasons simply could not operate their CAD services without the current on-site software license arrangement.  For such ones, file and software security is mission critical.  For others, CAD files are developed, delivered, and they move on to the next client assignment.  For these, paying for CAD software as a service would be most convenient and cost effective, including the additional benefit of access to the current SolidWorks release every time you went online, free of any need to manage upgrades or service pack releases!

Some years ago the thought of banking and purchasing goods online was just an idea.  When it became a reality, people were legitimately concerned and skeptical about security and accessibility.  After all, very few things are as important as one's personal finances.  In response, the banking industry has shown it is possible to successfully and securely provide transactions involving proprietary information online.  The same skepticism is apparent regarding the SolidWorks V6 platform.  It shouldn't be surprising to know that during the recent SolidWorks World 2012 conference, it was shared that the company is working out how to best bring this option to fruition.  What would be surprising however, is if SolidWorks failed to develop a successful SAS choice... someday... maybe?