Owned by Siemens PLM Software, the 3D geometric modeling kernel known as Parasolid® and the CAD, CAM, CAE and PLM librariries of D-Cubed™ have been a popular choice among CAD software developers. These components are widely recognized as world leading and while used in Siemens products, are also licensed to many of the leading independent software vendors (ISV's), including SolidWorks. Their legacy of use continues with a new generation of cloud-based applications currently being developed by the likes of GrabCAD and the startup OnShape Inc. 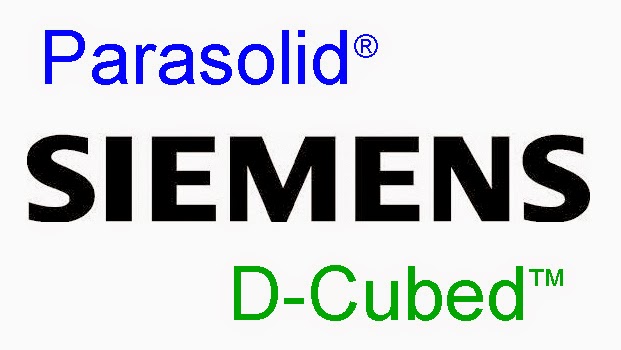 Earlier this month, the announcement that GrabCAD had licensed Parasolid created a bit of a stir in the CAD community. So much so that they were impelled to issue a blog post explaining they were not developing a CAD system, but rather were simply pursuing development improvements of cloud-based PDM within the framework of Workbench. As it has already proven to be an effective collaboration tool, the viewer capability of Workbench will no doubt be enhanced by utilizing the Parasolid geometry engine.

Within the past couple of years, OnShape Inc. too has been in the news in terms and intervals indicative of genuine growth. Numerous reports have well explained that the company's foundation includes the original pioneers and leaders of SolidWorks. Not surprisingly then, with a pattern reminiscent of early SolidWorks, this new enterprise began with a vision and determined entrepreneurial spirit. Here is an interesting timeline of key dates in its development thus far:
It's exciting to consider that OnShape may bring something refreshingly relevant to the CAD community, albeit perhaps anchored to Parasolid and D-Cubed. As SolidWorks users know well, having a great CAD software package is an important impetus to design.  So what will these original founders of SolidWorks and their team develop in this day and age with the current trends in technology, their collective knowledge and experience, an awareness of opportunity, and a clean slate?  We will simply have to wait and see.